Prem Joshua - a fine artist and one of my favorites 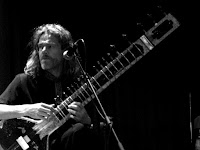 Born in Germany, Prem Joshua began learning the flute at the age of five, becoming a fine flautist while still a child. As a teenager he was soon performing in various Rock, Jazz and Fusion bands as a flute and saxophone player, always searching for new ways of expressing and expanding his music.

He remembers vividly hearing Indian music for the first time, age 16 - a crackly vinyl record of a sitar performance by Ravi Shankar: “I had never heard anything like this before,” Joshua recalls. “This was beyond my musical grasp and experience but was something of such immense beauty and depth. It felt unfamiliar and mysterious - yet at the same time like a remembrance of something I knew very well.” 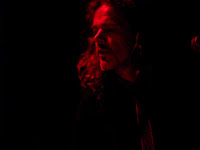 Thus it was, that in the late seventies, at the age of 18, he left home, he left high school, ended all his career plans, and traveled instead, overland from Europe to India - following the irresistable attraction and pull that the East had now cast over him.On his subsequent overland trips to the East he traveled extensively throughout countries like Greece, Turkey, Iran, Afghanistan and Pakistan. And in each place he became deeply involved with the indigenous folk music he found there, playing live with and learning from, local musicians everywhere.

“I loved the roots of this music and felt an immediate connection that I missed so much in Central European music,” he recalls. And this coming home to India was only the “outer” part of his journey. On his travels he came across the enlightened mystic, Osho. In the presence of this man with a long white beard, eyes as deep as the ocean and a strong sense of humor, he came in touch with the art of the “inner music” - Silence. 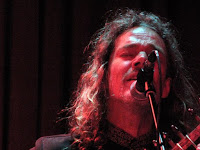 A multi-instrumentalist and composer Prem Joshua today has explored and created a new synthesis in music beyond the borders of East and West. His creative and musical blend has brought him recognition by critics, music lovers and the press throughout the East and West. He was hailed as the bestselling World Music artist in India and the daily newspaper ‘The Times of India’ has lauded him as the new ‘Guru of Fusion’.

I had the pleasure of listening to him live many a times and every time I’ve seen him perform, he seems immersed in his music and there’s a certain kind of mystery to him. I have tried to capture the same whilst he was performing at Blue Frog in February 2008.

One of my favorites from that evening…

The subject tonight is Love
And for tomorrow night as well,
As a matter of fact I know of no better topic
For us to discuss Until we all Die!

Posted by Aditya Parwatkar at 9:44 PM

PJ (the music and the man) has made many an evening interesting and enjoyable for the two of us. I will never forget that evening at B Bandstand. ... and that Hafiz and his lines could not speak of a greater truth, ha ha ha!!!